So Hootsuite seems to be acting up on me. I thought I’ve been sending status updates and all but apparently Hootsuite got messed up and things were not getting posted. I first noticed it on Facebook. Easy enough I thought, so I removed Facebook from the Android app and tried adding it back. Sounds simple… until you get a "Failed adding Account" message. Strangely it still shows up in the Hootsuite interface but I still couldn’t post to it. 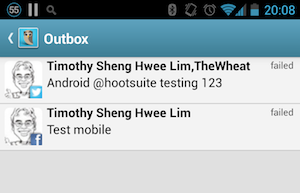 To top things off, I tried to send that screenshot to my laptop in order to share it on the Hootsuite that works in my browser but not on the phone. Then I run into Gmail not sending the emails

Fine sure.. I’ll Dropbox it to myself! Uploaded fine from the phone and now the laptop Dropbox client is still stuck "Downloading file list…" 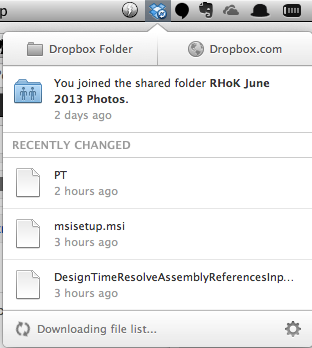 I even tried Bluetooth file transfer to no avail!

Finally Google did come through though… via Hangouts

Man that took way too much effort just so that I could tweet and Facebook post my dissatisfaction about Hootsuite which led to a weird technology failing experience that ends this Monday.

Well here’s hoping to a better week ahead of technology that works!