I’ve covered why I chose the LG Optimus One and with that I’ve experienced first hand the biggest problem with Android. After a few months of usage as both a 3G data device and now as a phone I would like to give share a some what in-depth review / thoughts on the LG Optimus One. 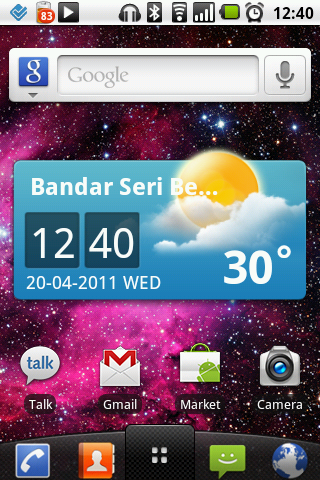 Specifications
The specifications are not mind-blowing and I didn’t expect it to be stellar, but I have to say that it exceeded my expectations: mainly due to a processor with sufficient power and the ample amount of RAM. You can check your devices specifications using Android System Info

Some notable things absent from the Optimus One

Hardware
The screen is small at 3.2″ but it has a good HVGA resolution of 480×320 which allows good compatibility with applications and offers a better experience when surfing as it shows more content. The downside with a high resolution screen and small physical size, is that some text can appear small (e.g. name of application under their icon). It is a capacitive screen with the ability to detect a maximum of 2 points and does indeed have multi-touch (pinch-to-zoom works in applications that support it). 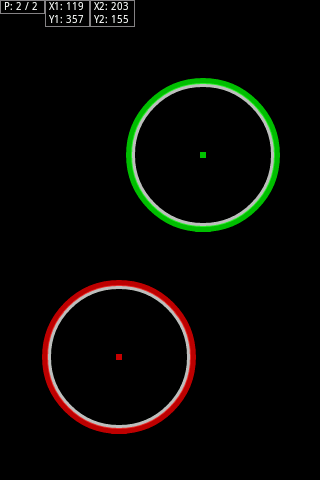 The screen is pretty responsive and the OS is smooth most of the times. I believe this is thanks to the combination of a capable enough CPU, optimizations in Android 2.2 as well as the ample amount of RAM. The biggest problem with this small screen is possibly the keyboard, especially in portrait QWERTY mode, where the keys are small making it hard for those with fat thumbs/fingers to type well. The lack of a trackball/trackpad makes editing mistakes harder due to Android’s primitive way to selecting text and moving the keyboard caret is only possibly by touching the screen. This is a current Android issue for all devices but devices with a trackball/trackpad can use that to easily move the caret accurately. However this is solved in Gingerbread (2.3) as seen here.

Now the CPU is not as fast as higher end phones but it generally sufficient for almost all applications. The limitations of the CPU are generally only seen when gaming: Angry Birds is playable and is generally smooth on simple levels. On more complicated levels where there is a lot of physics calculations, it’s CPU limit will be seen: it will generally take a while for the level to initialize and you can clearly see it as the movement is choppy or there is some slowdown. Games like Tank Hero are also playable thanks to the GPU but there is a lag when the first shot is fired: after that the gameplay is smooth. 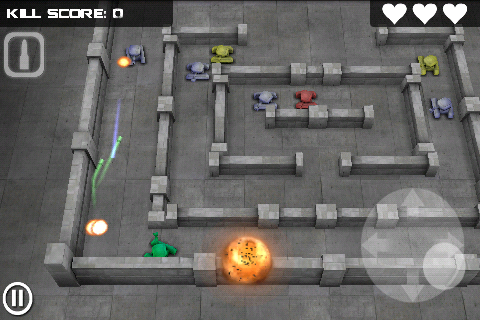 When you rotate the device, a landscape keyboard will show (no matter which portrait keyboard mode is used) and it does take up a lot of space. It feel uncomfortable to use as the buttons seem too big and perhaps there is too much thumb travel.

At times, auto-suggestion slows the keyboard down and makes it lag behind your keypresses and can be annoying at times. Changing the keyboard doesn’t allow usage of the same dictionary so when I changed to the standard Android keyboard, auto-suggestion does not work the same. I’m not sure if this is an Android issue / keyboard issue / LG customization issue. I think the biggest problem could be the keyboard of this device, but could be changed to alternatives such as Swype, SwiftKey Keyboard,Better Keyboard and more to suit your specific needs.

Another keyboard issue has recently cropped up. When auto-suggestion is turned when in the phone keypad layout: When I press the “4” button to type “I” and press space for it to auto-complete “I”, it has started to insert a space instead, it seems to affect any single character words including punctuations. This get’s very annoying and I’ve tried deletion the dictionary and playing with the settings to no avail: perhaps a hard factory reset/full wipe is needed.

Camera Application
The camera application has been customized and the settings are exposed on the left side of the screen allowing easy access for tweaking. In the camera app, keeping the button depressed will activate the focus but sadly there is no touch to focus and in video mode, the focus is fixed. Video recorded is saved as a 3gp file and picture/video quality isn’t fantastic but gets the job done.

Office Document Compatibility
The Optimus One comes with ThinkFree Office which supports Microsoft office documents: both old and new formats (doc, docx, ppt, pptx, xls, xlsx). The only issue that it does time some time to open a file. Some features that are supported are:

PDF viewing seems pretty good: it may take some time to load image heavy pages but it’s not really an issue. I tested with 300+ page documentation manuals and some 13MB+ comics and it was a good experience, with the only issue is the screen seems a bit physical small for reading things.

Browsing, YouTube, Videos
Browsing is generally good, the slower CPU may render pages slower than high end devices but it’s not much of an issue especially if you use Opera Mobile or Opera Mini. Sadly Flash is not supported due the device not meeting the minimum system requirements for Flash (to screen resolution too low & processor not fast enough).YouTube videos embedded on webpages can be seen on the page itself. Touch the embedded to watch the video in the YouTube application is good (it seems that this only works on some websites and I’m not sure what exactly allows this support on some pages). It can play YouTube videos in high quality smooth (the HQ button in the bottom right of the application is activated).

For videos it can play 640×360 MP4 video encoded in H264 with AAC audio (the typical Revision3 video format) smoothly without transcoding. FLV files (files from Youtube downloaded via the DownloadHelper extension in Firefox) can only be played using a 3rd party video player. I used Rockplayer to test playback and it only supports software decoding which results in smooth playback of only the lower resolutions as it relies on the CPU which won’t perform well for this. (400×166 resolution Tron trailer played fine encoded in flv video, mp3 audio played smoothly. 640×266 resolution trailer encoded in h264 video, aac audio in did not play back smoothly).

Battery Life
I can say the LG Optimus One has pretty good battery life if you only use WiFi as using 3G data really uses a lot of power. With 3G on and with account syncing enabled the phone will typically last from 7am-3pm but if you keep it on WiFi it can easily last the entire day. I’ve used the device for over 24 hours when only using Wi-Fi both at home and in the office. I did find a minor issue for power users: the device will not charge via USB from a computer when tethering 3G over WiFi or Bluetooth: it will instead just slowly discharge. However, if you use the supplied charger connected to a wall plug it will charge which is not ideal but at least it is possible to act as a MiFi as get charged (tethering used about 20% of battery per hour).

Summary
All in all, I think this is the best budget Android phone around at the moment. The HTC Wildfire S may be a good alternative offering the similar specifications but will have HTC customizations which some people are a fan of. However the Wildfire S is still not available in Brunei but will probably be more expensive. If the on-screen keyboard is a possible issue, the Samsung i5510 for B$369 seems like a good alternative, although it has a slightly smaller screen resolution.

8 thoughts on “LG Optimus One: Many Months Later Review”