A couple of months back, I noticed that the Google Maps app on my LG Optimus One phone couldn’t zoom in as far as it could before (unless my memory is failing me). Below is the maximum zoom level on the phone 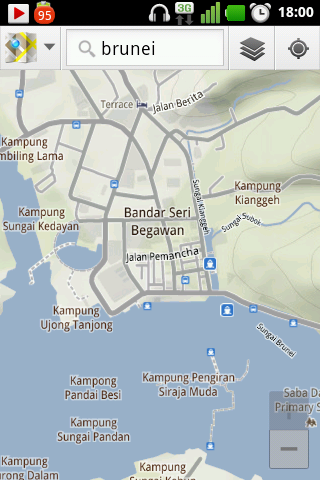 While you may think that this is a trivial matter, it really rises as a problem when I look for tram stops and street names here in Melbourne. Take a look at the CBD of Melbourne in the screenshot below and see how problematic this is: I can’t see the names of the smaller streets and I have to tap each tram stop in order to see the stop name. 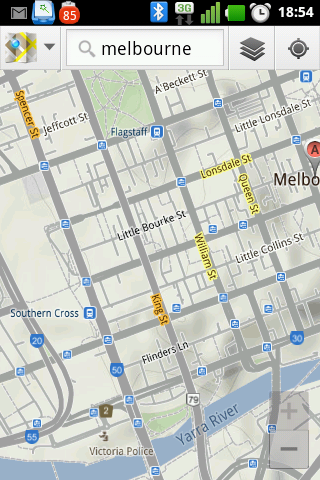 To rub salt into the wound, apps that use a map view can zoom in further than the Google Maps application! Below are screenshots via the Domain.com.au app.

I’ve tried to search for a reason for this discrepancy and have yet to find one. The map settings are both the same in the tablet and phone. CPU and RAM-wise, both devices are comparable: 600MHz each with about 420MB of RAM. Both devices are rooted with my Optimus One running the official Android 2.3.3 ROM from LG and the tablet running Android 2.3.7 via CyanogenMod. The only other difference would be screen size and resolution: 7″ 800 x 480 screen on the tablet and 3.2″ 480 x 320 screen on the phone.

Anybody who has a clue what’s going on, do let me know. Any help would be well appreciated.